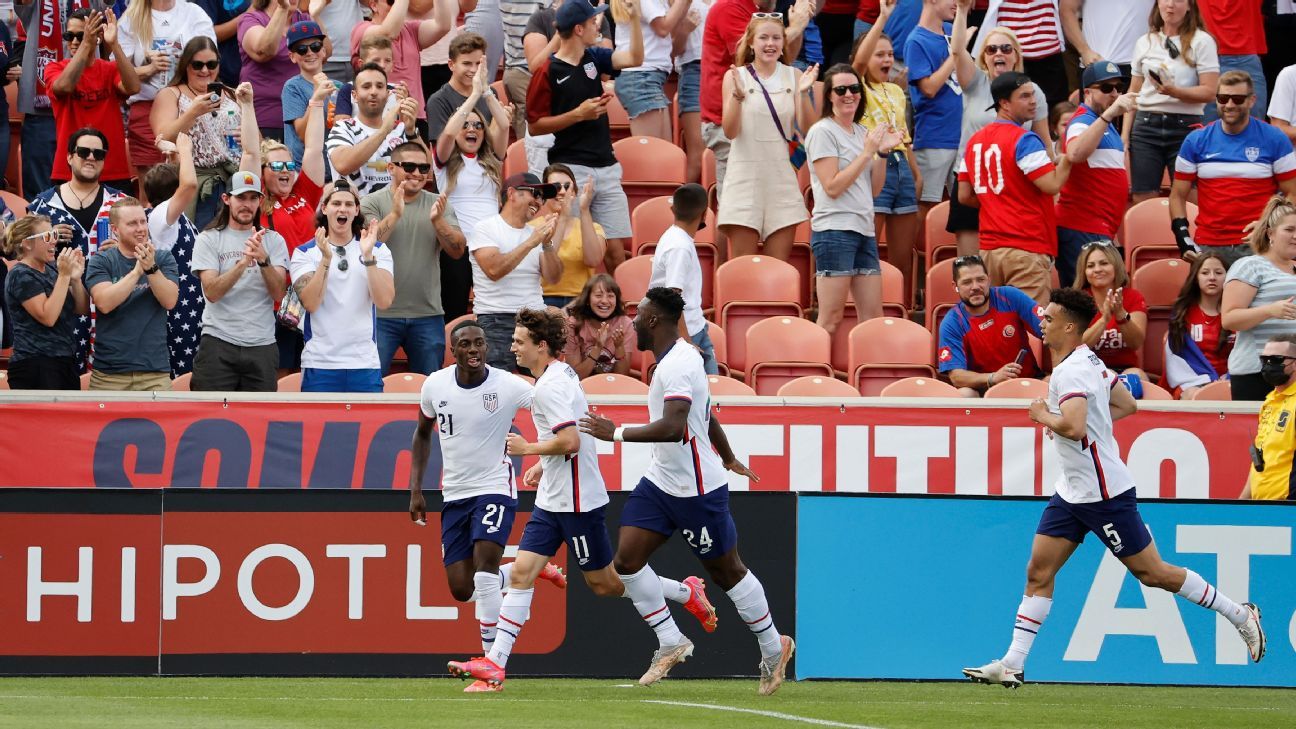 The United States continued its good run of form in a runaway 4-0 win against Costa Rica in a friendly on Tuesday night at Rio Tinto Stadium in Sandy, Utah.

The Americans were fresh off their epic 3-2 CONCACAF Nations League final win over Mexico on Sunday, a match that went to extra time and saw Christian Pulisic net the winner from the penalty spot.

– What’s next for U.S.-Mexico rivalry after Nations League classic

Defenders Tim Ream and Mark McKenzie were the only holdovers from the as U.S. coach Gregg Berhalter changed nine starters for Wednesday night’s exhibition, with Pulisic, Weston McKennie and Giovani Reyna all on the bench.

The U.S. took the lead inside of 10 minutes when the Philadelphia Union’s Brenden Aaronson finished off a counter-attack with a thunderous shot from close range after the ball fell to him in the penalty area.

Berhalter’s side dominated proceedings throughout the first half and found a second just before the break with a composed finish from Daryl Dike — who will be back with Orlando City after his loan spell at Barnsley earlier this year.

It was Dike’s first senior international goal in just his third appearance and the U.S. took a 2-0 lead into the dressing room.

The hosts picked up right where they left off after the break as Reggie Cannon pounced on a careless pass from Costa Rica, darted into the box and slotted home with his left foot for his first career international tally.

Reyna, who scored in the victory over Mexico, came off the substitutes’ bench and won, then converted a penalty to extend the U.S. lead to four goals.

It was the fourth match in 11 days for the U.S., designed to mimic the compressed World Cup qualifying scheduled caused by the coronavirus pandemic. It was also the 11th win in the last 13 matches for the U.S. in which they outscored opponents 39-9.

The 14-match final round of the CONCACAF region opens for the U.S. on Sept. 2 at El Salvador or St. Kitts and Nevis, followed by a home game on Sept. 5 against Canada or Haiti and a Sept. 8 match at Honduras.

Information from the Associated Press was used in this report.

Spain’s pre-Euro 2020 drama is familiar, but this time they are outsiders
Mancini’s transformation of Italy withstands toughest test yet
Remarkable Ronaldo: Will he set new goals record at Euro 2020?
Can England finally win a first trophy since 1966?
Saka explains ‘little chilli’ nickname from Auba