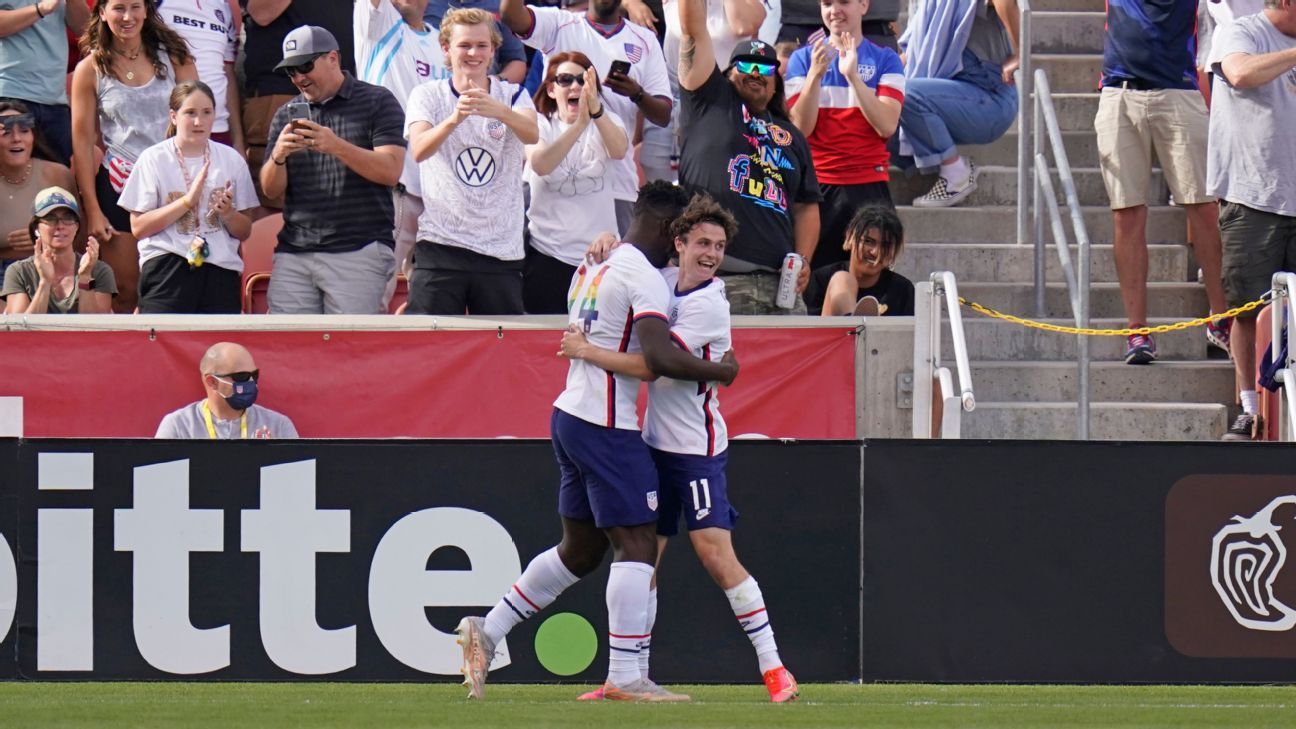 In the wake of an emotionally and physically demanding win against Mexico in the inaugural CONCACAF Nations League final on Sunday, the job wasn’t completely done for the United States men’s national team. A final test against Costa Rica loomed to complete the scheduling exercise designed to mimic the compact World Cup qualifying windows the team will see this fall.

Using a heavily rotated starting line up, as expected, the USMNT again turned in an encouraging performance for what’s to come, dominating Costa Rica, 4-0, before a packed crowd at Rio Tinto Stadium in Sandy, Utah.

Only central defenders Mark McKenzie and Tim Ream were holdovers from the lineup coach Gregg Berhalter started against Mexico, and while Costa Rica didn’t field its strongest team either, the talent gap between the teams was massive. That dynamic bodes well for the United States as qualifying approaches because with three-game qualifying windows, every country in CONCACAF will be forced to go further down its depth chart than in previous cycles.

“What I realized is that it’s gonna take a group to get this done,” Berhalter said of qualifying for the World Cup. “It’s not going to take 11 starters, we need the whole group. And we showed that today and throughout the three games. Everyone except [third-string goalkeeper] David Ochoa got on the field and that’s what’s going to be needed in World Cup qualifying.”

Orlando City striker Daryl Dike, who spent the spring on loan at Barnsley in the English Championship, made a strong case for continued inclusion in the squad, scoring his first international goal and showcasing a physical presence that is unique within the national team pool. He started between wingers Brenden Aaronson and Tim Weah, both of whom had brilliant moments on the ball, to create a dynamic front three that would trouble any back line in the region.

A well-timed run from Dike to get in behind Costa Rica’s defense gave him an 1-on-1 opportunity with the keeper and he calmly slotted it in the lower right corner to put the U.S. up 2-0 in the 42nd minute.

Dike was not included on the Nations League roster, which indicated he’s behind both Josh Sargent and Jordan Siebatcheu on the depth chart. Berhalter called his omission a difficult decision to make, but came away pleased both with how the rotation worked out over the past week and how Dike performed against Costa Rica.

“The physical side of it was there, the movement in behind the backline was there,” Berhalter said. “The only thing I would highlight is potentially the movement in the penalty box — really attacking crosses and getting on the crosses. But Daryl’s a young player and he has a ton of room to grow and we’re gonna be here and help him supporting him to get there.”

Aaronson’s rise since a standout showing at the MLS is Back Tournament last summer has been one of the most positive developments within U.S. Soccer of the last year. After helping guide the Philadelphia Union to the Supporters’ Shield in Major League Soccer and earning a move to FC Salzburg, he’s emerged as the clear backup to Christian Pulisic on the left wing. The 20-year-old scored the opening goal — burying a close-range attempt after a shot from Dike was blocked in the eighth minute — and figures to play a key role during qualifying.

Defensive midfielder Tyler Adams wore the captain’s armband for the first time in his national team career as he made his return to the starting lineup. While Costa Rica lacked intensity from the opening minutes, Adams’ presence at the base of midfielder — both in and out of possession — showed an obvious upgrade over any other player Berhalter has used in that role during his tenure. Adams was quick and decisive with the ball, worked to progress the ball forward and was, as usual, a terror counter pressing and providing cover for the back line.

Adams’ skillset meshed well with midfielder Yunus Musah, who didn’t see minute in the Nations League but has continuously been one of the better American performers since first donning a U.S. uniform in November. Berhalter said Musah didn’t arrive in the best condition to compete in the Nations League after an extended spell of minimal playing time for Valencia to end the season.

“It’s not easy to just throw guy on when you have a game plan and when you’re trying to win,” Berhalter said. “Having said that, we still believe in his talent. I think he showed tonight his talent, his line-breaking dribbling and composure on the ball. He’s gonna be a fantastic player.”

For most of the players who featured in the four games over the last 11 days, their next national team involvement will come in qualifying in the fall. However, others will get a chance to make their case at the Gold Cup beginning next month.